workplace Toxicity according to current and former employees from the dr. phil show

Learning from the impact of toxic workplace environments as described by current and former employees from “the Dr. Phil Show”?

What can we learn from the impact of toxic workplace environments as described by current and former employees from “the Dr. Phil Show”? 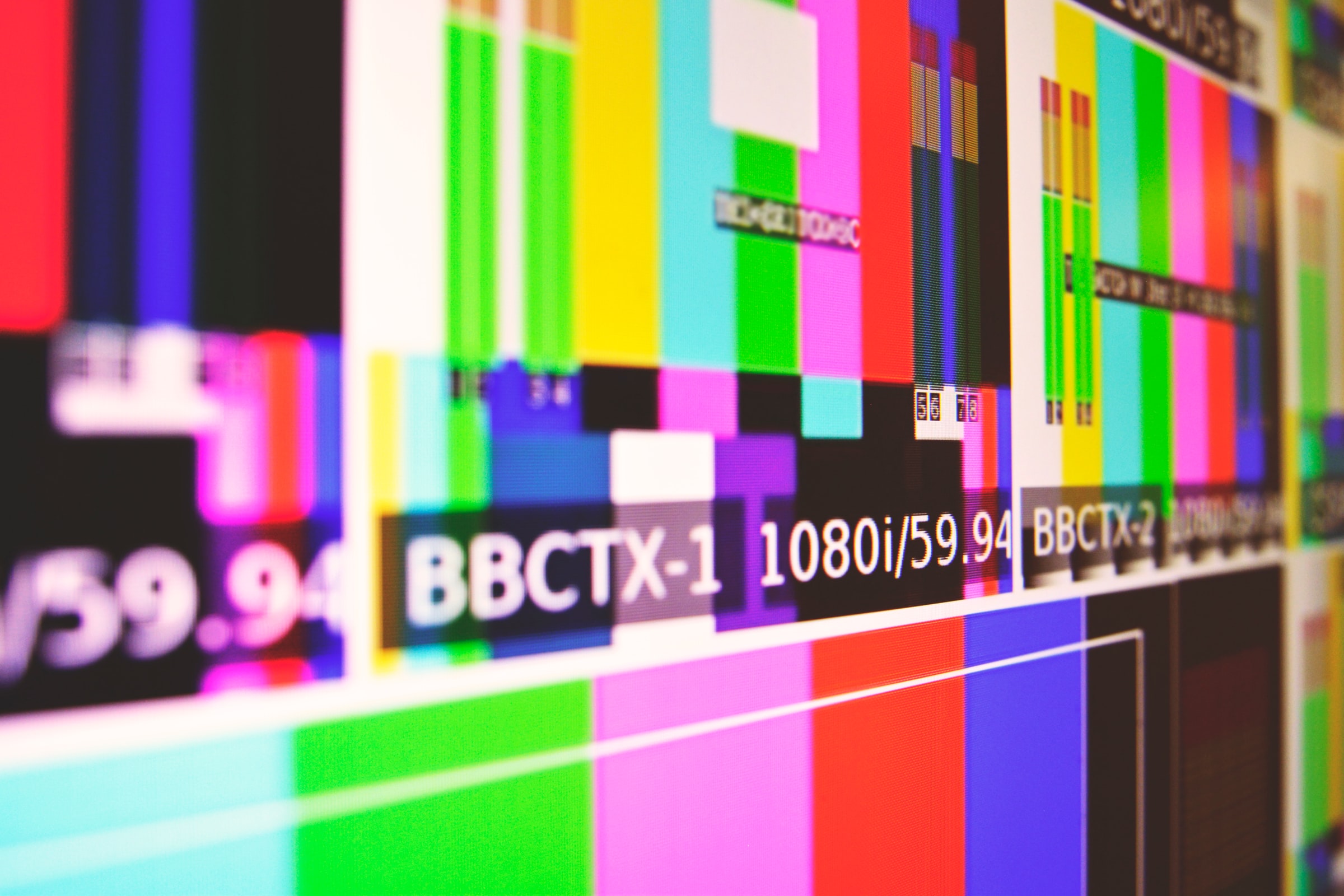 Whenever we step our foot into the door of either a new or current work environment, we’d like to think that it is a safe place to learn, grow and do our jobs. In a recent article, Current And Former “Dr. Phil” Employees  describe the toxic work environment. Which is ironic, as it is a show that speaks about mental health, isn’t it?

Some things that the employees have mentioned include verbal abuse that fosters fear, intimidation, and racism. The employees also talk about the guests who are brought onto the show and had been manipulated and treated in an unethical manner. All of these employees have asked to remain anonymous due to the fear of retaliation. These are all things that are not, unfortunately, uncommon to workplaces.

In most cases, when you are in a workplace, there is a chain of command and there will be certain people who have power over you. (Entrepreneurship is an exception to this in most cases.) The power they choose to use affects you as an employee, a person and even affects your mental health.

There are three management styles that your manager may use. The authoritarian manager (also known as autocratic) has full power over their employees. They generally use punishment to eliminate behaviors they see as unfit for the workplace and will also reward positive behavior that they like to see. These types of managers are generally less personable and more analytic/transaction based. The democratic leader opts to ask their employees for opinions. They generally take a collaborative approach when faced with decisions within the company or organization. They also understand the importance of delegation and try their best to empower their team to be the best versions of themselves within the workplace. The laissez-faire leader is generally the least effective of the three. They let their employees do whatever they wish and give full autonomy. Strong leaders will check in with their employees to ensure they are making progress, but some don’t check in at all which can be detrimental to the company and work environment as a whole.

But each and every one of these leaders can choose to use punishment and fear to control their employees, or give their employees trust and independence within the organization.

Those who feel appreciated and valued are generally those who excel at the work that they do. Communication among coworkers and the manager is effective, they care about the work that they do and the culture is generally accommodating and positive. Those who feel afraid, intimidated or rejected in the workplace are those who complete tasks out of fear. They are people who stop critically thinking and may even lose their own morals or values within the workplace because they are in constant survival mode.

The thing about survival mode is that you don’t have to be in a situation where you feel you are going to die, and oftentimes you don’t feel that way. The word is quite misleading, isn’t it?

There are actually four main types of survival modes, unlike the normal three we generally think about. Fight, Flight, Freeze, Fawn. (Attachment is a fifth type which is rarely spoken about, but in short, it is the notion of wanting comfort after a frightening situation and if often shed later in life; think about the child who gets in an altercation and immediately seeks refuge behind her mother’s leg.)

The Fight response is defined as simply aggression- whether physical or verbal. Let’s say we’re being insulted and our immediate go to reaction is to insult the other person back. Generally, our choice of survival mode originates in childhood and we are not aware of it coming out when it’s occurring. The flight response is defined simply as that- wanting to flee. In this same situation, imagine wanting to turn away and run off, or in other terms, just avoid the entire interaction. The freeze response mimics the deer in headlights. We freeze; we don’t know what to do or how to proceed. We may be stuck for words or even feel as if we can’t move. Lastly, the fawn response is when we want to ‘people please.’ We may verbally agree with the insult, “Yes, you’re right I am (insult).” It’s a way to avoid conflict and cope with the situation.

People who are in toxic environments may also demonstrate learned helplessness which is the idea of feeling as if they have no control over the situation, often occurring after persistent failure. After consistent let down, verbal abuse, or disapproval, they may form a sense of helplessness at work and learn that no matter what they do, they have no control over the outcome. The employees will lack self-confidence, initiative and their motivation would have been buried, leaving no place for taking risks in the workplace, and no escape, promotion, or possibility for encouragement seems possible.

The employees from Dr. Phil’s show had also mentioned the guests being manipulated and/or treated unethically. So why didn’t they stop Dr. Phil, you ask? Well, besides the overwhelming learned helplessness, some may have also fallen into the trap of “pack mentality.” What is that, you ask?

Pack mentality is defined by elements of hostility and fear. It is the idea that when you share similar values as others, you are within the pack, and when you do not share these values, you are seen as an enemy and not to be trusted. Even if some of these people felt unethical treatment of the guests on his show were not okay, they were most likely afraid to speak up, and in fact- facilitated those very behaviors they felt were harmful. Many times, in situations like these, people begin to shed their own ethical values and start to develop these other values and it can take a while to find their own self even after leaving a company such as this.

The Impact on Employees

While you may look at this and think that this is a lot to deal with at a workplace, this is not isolated to being at work. Many of these very same employees will go home and be impacted even there. Things they may experience may include, but are not limited to:

Please note: clinical depression as well as clinical anxiety impacts your brain’s functioning and is more than just an attitude someone has; The hippocampus, prefrontal cortex and even the size of the actual brain may be impacted in clinical depression disorders. The amygdala, nervous system as a whole, prefrontal cortex and hippocampus may be impacted in clinical anxiety disorders.

So what now? There are many things that may keep someone from leaving a place of employment, but the main thing that keeps someone from leaving a job is financial stability. Whenever you have a job of any kind, you always want to have a back up plan. However, before you are able to leave the workplace, there are certain things you can do to help with your mental health. It will not take away all of the distress, but it can ease it in certain ways.

Practice self-care. Maybe this means repeating positive affirmations in your head, maybe this is playing with an animal, having candles around the home, spending time with friends and/or family, continuing your hobbies, playing a game, going outdoors, journaling, meditating and the list goes on! Set work and home boundaries if you can. When you are not at work, don’t look at your work email, try not to even think about work; I know! It’s a lot easier said than done. Find a friend to talk to when things get hard. Have a relaxing sleep routine before you go to bed. And, never be afraid to reach out to a professional for help. Taking medication doesn’t mean you’re weak, it means you are simply faced with more obstacles than others and you are stronger for it.

If you are located in America and are looking for mental health support or are in crisis, you can call

And if you are someone who would rather text than call on the phone,

For those of you who are not located in the United States, click here to find resources in your area. You also may call a “suicide hotline” if you are distressed and not necessarily suicidal.

THE COSTS OF WORK: AN EXAMINATION OF TOXICITY IN DEI

What can we learn from alleged toxicity from the Dr. Phil Show?

Organizations need to be proactive about identifying toxic work environments.

When employees are feeling something is not right, report the toxic behaviors through channels that feel safe for them.

Check Out The Toxic Leadership Podcast

The Toxic Leadership podcast shares with listeners practical resources so that they too can begin to detoxify themselves, their teams, and their organizations. Lastly, we interview key leaders and experts as they share their insights regarding how to detoxify organizations — to improve retention, increase productivity, and bottom-line profitability.

Learning from the impact of toxic workplace environments, investigating Blizzard Activision Allegations. "Essential question What can we learn from the impact of sexual misconduct and gaslighting in the videogame industry?  When we walk into a game store, most of...
Read More

Toxicity in DEI: An Examination of the Costs of Work

Can you imagine a work life fraught with micromanagement, fear-based leadership and leadership working to secretly slow progress and at the same time cheer to the skies their incremental improvement? This is the day-to-day lives of sixteen DEI practitioners that we...
Read More

Delegation: A Key to Effective Leadership

As you examine the notion of delegation, it’s important to think about if you are managing “for” people or “with” people. You may be scratching your head at the semantics. This mindset shift is important as we think about the very different impacts these notions can...
Read More

The Dark Triad: How does it impact your company?

The three factors in the Dark Triad can produce various results in the workplace, depending on how high or low each characteristic presents in a person. It is important that we create structures that mitigate these behaviors from manifesting.Essential question How...
Read More

Dissent: Why It Matters For Leaders

Dissent plays an important role in organizations because it expresses differences of opinion on many issues. The truth is that very few people have the courage to disagree in a culture of conformity. Essential question How Can Leaders Create Environments Where...
Read More

Toxic Leadership is one of the main causes of stress in the workplace, and leaders who exhibit certain behaviors and traits can contribute to a negative and hostile work environment. Despite the best intentions, managers can become toxic by creating patterns of...
Read More

Sign up to be the first to find out about the latest research, resources, and tools focused on detoxifying leadership, creating transformative work environments.