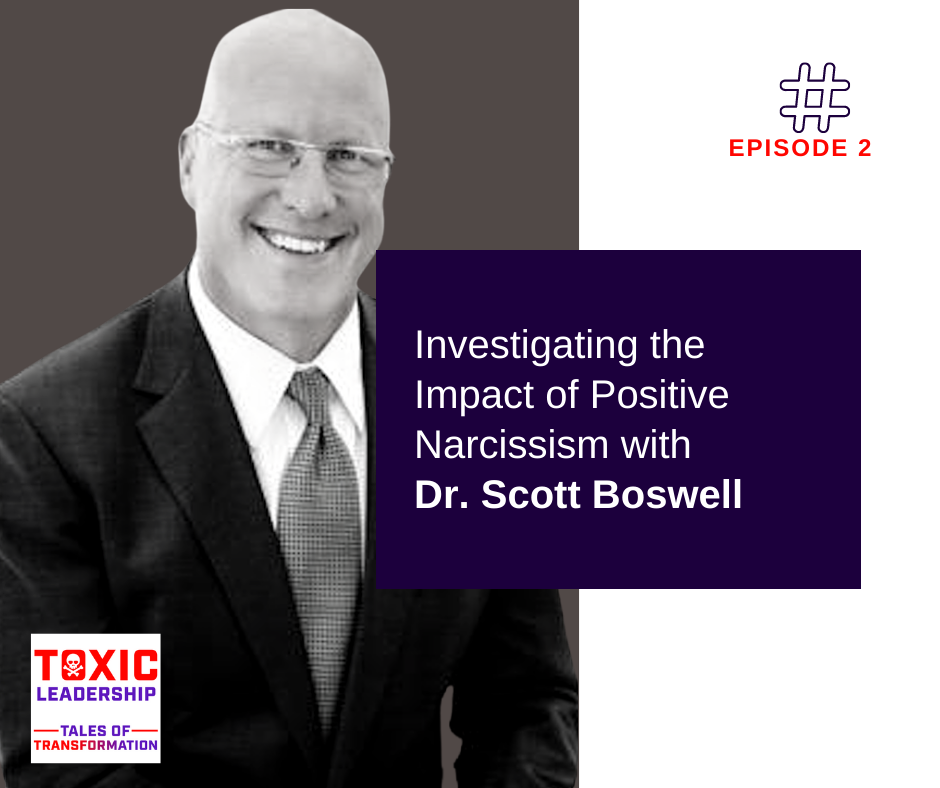 Dr. Scott Boswell, who’s a dynamic financial executive with more than 35 years of investment management experience. Scott has strong practical know-how and developing and offering innovative financial solutions. He focuses on the manifestation and impact of CEO narcissism. The leadership experience he had helped him in his corporate and business leadership positions and narrate how painful it is to accept that there are leaders that aren’t great leaders but from those people, we learned more about what kind of leader you want or don’t want to be.

Narcissists enjoy leading and they mean power. If given all of the challenges that go in with being a leader, whether it’s in philanthropy, in business, in government, who wouldn’t want to take on that challenge if there wasn’t a level of enjoyment, but the extreme sense of that is the person that pursues power at all costs, and they lack the normal inhibitions in those pursuits. They want leaders that have a high level of self-confidence, like leaders that balance their concern for others with the idea that they’re trying to promote. Once it gets to that outside bound, then you start to get into the realm you study so much, which becomes toxic. So those are just kind of situational, where early-stage companies are situations that require a leader to drive you through difficult circumstances. And those are often at the beginning in the life of a company and the end of life of a company. A leader being grandiose, how might one oversee it, furthermore, can’t be directed or changed? One takes a gander at the negative qualities that accompany a lot of narcissism. Furthermore, one model is that we will in general take circumstances positive or negative, and make them sound incredible.

there are two ways to look at it, how can toxic leadership be managed and can’t be moderated or changed. How can it be managed, is by the look at the negative characteristics that come with too much narcissism. We tend to take situations good or bad and make them sound great because one possesses grandiosity as well.  So putting a pretty tight reporting structure around good and bad, so that we truly get a picture of the performance of the organization. So that grandiosity is not driving the filtering of data. During the war, if it’s a CEO, or to a president, if someone is talking to a division head,  that would be exhibiting those higher levels of narcissism, the other is to be coached. And with solid coaching with someone that understands it and understands the phenomena of those traits, the workplace will have diversity and inclusion. And it’s just like anything else, I think it’s helpful to try to gain a measurement of a baseline getting back to that idea of an assessment, whether it’s in a psychological setting, or a testing setting, to understand kind of where you are, and how you come to those beliefs.

7 Deadly Mistakes You Can’t Afford to Make in Leadership